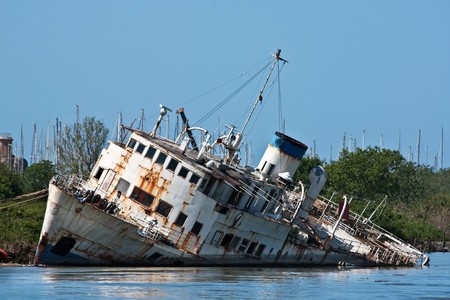 Although not commonly made to be public knowledge, cargo theft is becoming a real problem in our country. Cargo shipments produce millions of dollars each year and all too often, the goods being transported by cargo are becoming victim of theft.

Cargo theft is characterized by goods being stolen during transport, which is any point between point of origin and final destination. Cargo theft is not only a ground transportation problem. Seeing as that cargo is defined as commercial goods transferred by truck, train, plane and ship, it can occur at any time.

For anyone who has recently seen the major movie picture “Captain Phillips”, the film portrays what happens during cargo theft on a ship. While the film might appear to be far-fetched, it pretty much accurately showcases how groups of thieves are becoming violent in their attempts to steal cargo.

For risk of insurance increases, banished reputations and embarrassment, these acts of robbery are not being forecasted widely enough to put an end to it. The fact is, millions upon millions of dollars are being lost each year and the lives of those transporting cargo are becoming increasingly threatened.

Typically local law enforcement are the ones who take charge of these cases, but when an interstate nexus is achieved, the FBI has the jurisdiction to get involved. Heightening security protocols and offering more protection to cargo company employees are just two of possible solutions to ward off attacks.