Have you ever wondered where your multimodal cargo is at most theft risk while being transported? If you have not, you should, or would be best served to have someone on the team who does wonder about such things. It can help your company make the wisest choices when it comes down to developing a supply chain. Believe it or not, it can make a difference. 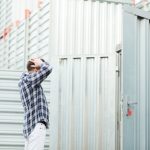 Theft incidents at sea are spectacular. The losses usually are the result of piracy or a remarkable large-scale armed robbery. These losses are headline news and the talk of the industry. These thefts are some of the only cargo losses to ever make it to the mainstream media watched by non-cargo nerds. Most customers ask me if they are covered for these types of high-profile theft losses by cargo insurance. Another common loss a shipper may ask about to ensure they are covered by insurance is a vessel sinking or capsizing, which also make the news.

In short, if I had a cargo insurance product that only covered piracy, significant armed theft from a vessel, and the vessel sinking or capsizing, I would sell the heck out of it. Not only would buyers love the fact they are protected from what they see on the news, but the cargo insurance cost would also be dirt cheap. Why dirt cheap? Because underwriters know that the perils of the vessel sinking or falling victim to piracy are two of the least likely things that can happen to your ocean freight. Yep, the news would lead you to believe otherwise because they want viewers and readers, but sea transit is the least theft risk of the modes of transport used in shipping your cargo.

According to the BSI Supply Chain Services and Solutions and TT Club annual cargo theft assessment for 2018, it is the road-based land transit and shore-based fixed facilities to be afraid of regarding risk to freight cargo security. According to the report, the top two modes of transport for theft are 84% from vehicles and 13% from fixed facilities. Rail accounted for 1%, and all other modes of transportation, including sea, combined for an anemic 2% of thefts.

That is correct, one of the modes of transport we are all the most comfortable with is the highest risk of theft. Trucking is the culprit. One of the reasons we have high comfort with trucking is it is woven into our daily lives. We see trucks every day, and many of us use them to ship goods. Another reason is, unless we live in a small town when a tractor-trailer load of something is stolen, it seldom hits the news.

How Shippers Can Reduce Risk

As a shipper, when considering cargo theft, you can reduce your risk. If your cargo is a long distance to the port, consider using rail trailers for transport instead of over the road. Rail trailers are less likely to be hijacked or fall victim to a smash and grab. Another area to contemplate is what port we use and the proximity our origin or destination is to that port. In my home state of Florida, cargo theft is prevalent. It is hard not to have maritime issues in a state surrounded on three sides by water. If an Orlando, FL export shipper has a container loading, everything else being close to equal, what port should be used to reduce theft risk? JAXPORT in Jacksonville, FL, is the best choice. Looking at a cargo theft map, South Florida does not make sense as Miami is red hot on the theft-o-meter. Your cargo would be traveling to the highest cargo theft area in the region instead of away from it.

Another thing to be considered is the savings realized from shipping less than container load (LCL) and not shipping full container load (FCL) and whether the savings are worth it? Sure, if you are sending one pallet, it is going to go LCL. What if you have seven or eight pallets being shipped? Yes, there could still be a savings realized shipping LCL, but the risk of theft or simply one or two pallets being lost also increases. Whether the small shipping cost savings is worth it is a fair question to ask yourself.

The choice starts with LTL trucking verses and FCL dray from door to port. LTL cargo gets crossed docked along the truck route, which raises the risk of theft and damage. Upon delivering the pallets to a consolidation center near the port, once again, your cargo is sitting on a concrete floor waiting to be loaded into an LCL box with other shipper’s cargo. Once loaded and sea transit complete at the destination, the whole process is repeated in reverse. There is an inherent additional theft risk associated with shipping LCL rather than shipping FCL. If the cost is close, the choice is FCL every time.

You can’t always pick and choose how and where your cargo is routed to reduce risk, and it doesn’t always make economic sense to do so. Although there are instances, your choices can increase or decrease risk, so you should be aware of the impacts when you make them.