I like Tesla. While not everything is perfect in the Tesla world, the vision and objectives are impressive, and the cars are cool. Not only is Tesla bringing their best to the table, but they are also making all other automobile manufacturers up their game. It was only when Elon Musk announced Tesla’s intent to dive into the world of semi-trucking that he lost me.

In our current time in technology, the concept of an electric semi-truck seemed too far of a reach. As I do with all things I believe won’t make it over the hill, I decided to wait, watch, and ask someone smarter than me about the Tesla truck. Who best to ask about a big electric rig? A diesel guy of course.

Steven London, with ‘For Diesels’ http://www.fordiesels.com/, and friend of TJO Cargo, is the diesel guy. ‘For Diesels’ sells all things diesel in the parts world. Steven agreed to me publishing an article of his on the Tesla semi-truck effort making Steven our 2nd guest writer ever. On to Steve…

Catching Up with the Tesla Electric Semi Truck – By Steve London 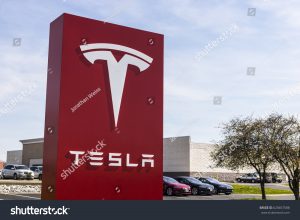 History may show that changes in technology over the past five years have made the most significant impact on the automobile industry since the introduction of Henry Ford’s assembly line production in 1913. The Tesla company has led the way, inspiring the entire automobile industry. Electric Vehicles (EVs) are the future of clean energy transportation.

Improvements in battery technology and production have resulted in reduced costs. Major automakers are making a strong commitment to electric vehicles, and state and local governments are providing significant policy support. These factors, along with reduced operational costs like discounted charging from utilities, are making a difference.

The Energy Policy Simulator (EPS) from Energy Innovation forecasts EVs will make up 65% of new light-duty vehicle sales by 2050, and EV sales could reach 75% by 2050 if oil prices remain high or technology costs continue to decline.

The idea for an electric semi-truck that would offer an alternative to diesel-powered trucks is not new but was first announced by Tesla in their long-term Master Plan – Part Deux in July 2016. The plan describes building a sustainable energy ecosystem that includes electric semi-trucks, pickup trucks, and large capacity passenger vehicles like buses, all powered by integrated solar and battery systems. 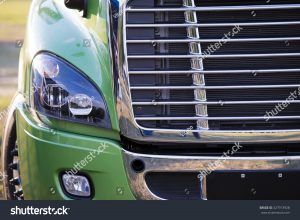 Musk first announced the unveiling of a “seriously next level” electric truck in April with a target unveiling for September 2017, but the date was pushed to October, and then pushed again to November 2017 when it was finally unveiled. At the time of this writing, Tesla has hopes of starting production in 2019.

Wall Street has kept a close eye on the Tesla semi-truck progress, as Tesla deviates from the luxury passenger vehicle market into the commercial trucking business. Tesla could bring many of its fundamental strengths to the trucking industry, including its autonomous driving technology and comparatively low operating costs; however, other factors will most certainly impact its success. The lack of charging infrastructure, battery prices, tonnage, and range are concerns.

According to Tesla’s website, the Tesla Semi, with an estimated 2 kilowatt per hour per mile consumption of energy, depending on the model will have a range of 300 or 500 miles on a single battery charge. There are also rumors of additional available miles in 30 minutes via a superfast ‘Tesla Megacharger’ system. This places the planned Tesla effort easily in the long-haul trucking category. As a comparison, conventional diesel-powered trucks can travel up to 1,000 miles on a full tank. 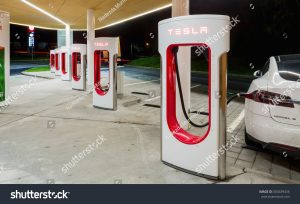 Tesla has met privately with potential buyers to discuss requirements and may have found a niche. While the prototype may fall well short of the range capabilities of conventional diesels, shorter trips offer a significant portion of truck transportation requirements.

Statistics show that roughly 30% of U.S. trucking jobs are provincial trips of 100 to 200 miles. A truck with that range would be ideal for moving freight regionally.

Increasingly strict emissions regulations could be the most important factor driving up future demand for an electric semi-truck. However, producing an electric semi and making a profit presents some serious challenges.

Cynics speculate that an all-electric semi-truck couldn’t support heavy loads on long-distance hauls, but Musk submits that the Tesla Semi has the “highest weight capability and with long-range.” To those who think that an electric truck won’t have enough power, he responds, “…we want to show that…an electric truck actually can out-torque any diesel semi, and if you had a tug-of-war competition, the Tesla Semi is what will tug the diesel semi uphill.”

The Tesla Semi will have a different weight balance due to the relatively heavy battery packs required. Musk has confirmed the semi will share many of its components with the Tesla Model 3 car, including, most likely, the battery packs.

Some industry experts predict the Tesla Semi will have self-driving technology that permits it to operate autonomously while traveling in platoons. With one truck closely following the other at a constant speed, braking is immediate, with zero reaction time. Platooning means lower fuel consumption, less CO2 emissions, and improved traffic safety.

While the Tesla semi-truck has been getting its fair share of hype as an innovator in the electric truck sector, it will face some competition.

Cummins has announced a Class 7 heavy-duty truck cab including a 140-kWh battery pack that will be available to bus operators and commercial truck fleets starting in 2019.

The 100-mile range of the Cummins electric powertrain will make it ideal for urban vehicles like delivery trucks and short haul trips. Recharge time is about an hour at a 140-kWh charging station, but Cummins is working to reduce it to 20 minutes by 2020. By adding battery packs, Cummins claims the range can be pushed to a full 300 miles.

Daimler, the largest truck manufacturer in the world by sales, will begin production this year on an electric delivery truck. The vehicle will have a 100-mile range with a payload capacity of 9,400 pounds—only about 1,000 pounds less than its diesel counterpart.

Several startups, including Chanje, have joined Daimler. The Los Angeles-based manufacturer has partnered with Ryder to build 100-mile-range electric trucks for package delivery. Ryder believes electric trucks may be more expensive to purchase but will be cheaper to maintain and eliminate unpredictable fuel costs.

In contrast to Tesla’s luxury vehicles, which generate appeal based on brand cachet and performance, the semi-truck will have to provide a compelling economic argument for businesses to adopt it. There is some skepticism about the company’s ability to address the trade-off between prices, weight, and range. However, the economics could be driven by other factors, including rising oil prices and stricter emissions regulations.

Morgan Stanley recently called the unveiling of the Tesla Semi “…the biggest catalyst in trucking in decades,” and they anticipate a 70% operating cost reduction over a diesel-powered truck. That remains to be seen, but there is no question the Tesla Semi promises to change the trucking industry as no new technology has done before.